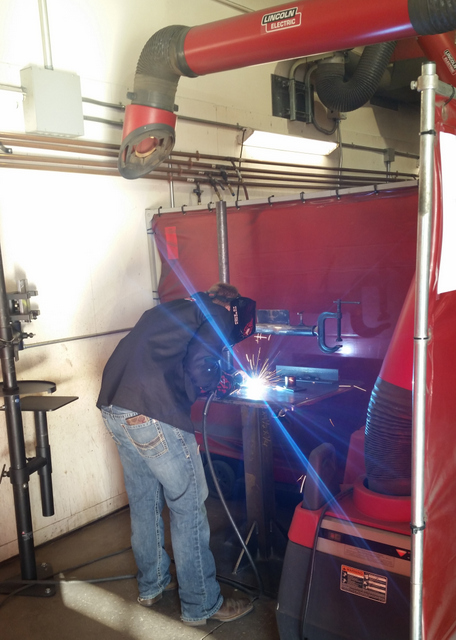 For the second year in a row, processing and handling equipment manufacturer, Superior Industries, hosted a high school welding competition at its corporate headquarters in Morris, Minn. Held at the company’s on-campus welding training school, the number of teenage competitors increased more than 60 percent this year.

“As many people now know, it’s getting harder and harder to find skilled trade workers in America,” says Dave Dybdal, one of the instructors at Superior’s welding training school. “Our competition is about getting kids under the hood and allows them to see, feel, listen and even smell the great benefits of a career in welding.”

Interested participants came to Superior from all over the state of Minnesota, including a group of students from three and one-half hours away. First and second place finishers were awarded a PRO-MIG 140 Welder from Lincoln Electric along with brand new welding helmets. The third, fourth and fifth place finishers received a welding gear package, which included educational materials and tools.

During the competition, the kids were asked to complete a timed, dual application welding assignment in the school’s lab. Judges graded the finished project on proper weld bead placement, uniformity, blue print reading and other factors.

“You can have a golden arm, but if you’re unable to follow instructions according to the blueprint it’s an automatic rejection in our competition,” says Dybdal. “At the end of the day, the kids quickly realize the skills they need to sharpen for better proficiency.”