LoJack, a wholly-owned subsidiary of CalAmp and a leader in vehicle and construction equipment theft recovery and advanced fleet management solutions, recently announced that law enforcement officials throughout the United States recovered more than $6.6 million in stolen construction equipment and machinery equipped with the LoJack System for Construction and Commercial Vehicles and Equipment in 2015.

LoJack’s “2015 Construction Equipment Theft Recovery Report” and infographic highlights the ongoing problem of thieves targeting construction businesses for their high value equipment. The report identifies equipment categories and classes, manufacturers and geographies where theft is most likely to occur. Heavy equipment is the most vital asset of construction businesses. Contractors and rental fleet owners not only lose valuable assets, but also lose efficiency and miss schedule deadlines when equipment is stolen. The cost of equipment theft can be devastating to the national economy generally, as well as to the profitability of small and large businesses alike. 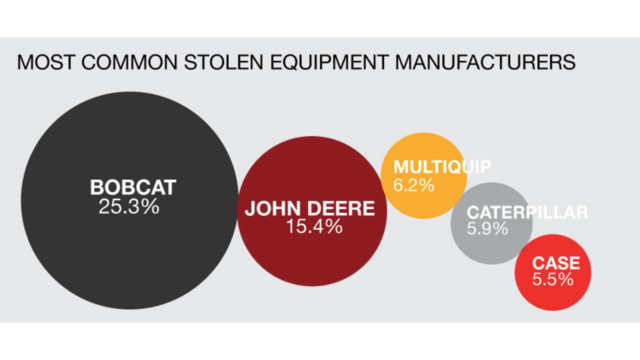 In 2015, over $6.6 million* worth of assets were recovered on construction equipment installed with the LoJack System. Replacing those assets, if not recovered, would have cost their owners approximately $11 million.*

Since the study began, more than $180 million** worth of stolen heavy equipment has been recovered using the LoJack System.

The top equipment types recovered in 2015 were also those most popular on the jobsite:

The following were the top five most stolen and recovered LoJack system-equipped construction equipment manufacturers in 2015:

-In 97% of theft and recovery cases, equipment was retrieved in the same state 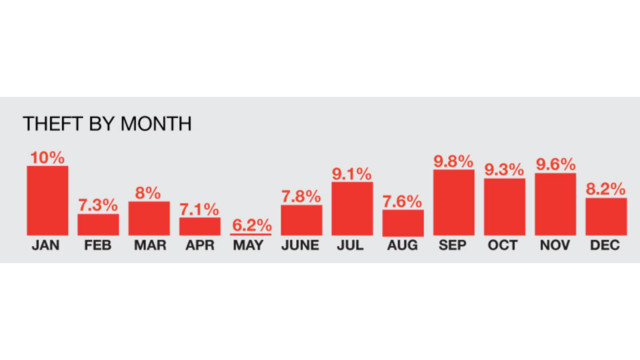 **LoJack proprietary theft and recovery data with value of total assets determined from information obtained from EquipmentTracker.com, MachineryTracker.com and National Automobile Dealers Association (NADA) from year to year since 2000.